| My book on MSBuild and Team Build | Archives and Categories Tuesday, June 30, 2009

If you picked up a copy of my book then in Chapter 7 External Tools you will find my rules for Creating Reusable Build Elements. In case you don’t have it here are the rules that I’ve outlined.

2.        Process needs to be transparent and extensible by the consumer

I personally think that this section is one of the most important sections in the book. The ideas there are not just how to use MSBuild but more like best practice guidance on creating uber-reusable build scripts. It took me a while to come up with those particular rules and I am continuing to evolve them. I’m not going to cover these topics here because it would take up too much space and that information is already available to you. I have evolved my validation technique and would like to discuss that here. If you have a copy of the book then you know that I am a big fan of the pattern of splitting up data and behavior in build scripts. To expand on this consider the project files that are created by Visual Studio. Those project files just define a bunch of properties and items, i.e. data. Then another file is imported, in the case of C# projects Microsoft.CSharp.targets, which contains all the targets, i.e. behavior. By doing this you can re-use the logic contained in the .targets files. This is the best way that I’ve found to create good build scripts. I prefer this over using the MSBuild task to just build another project file. There are a lot of strange problems with that technique and it can be very confusing to debug, especially if you are building out a bunch of different files. I think it’s better to build up one build script (via the Import element ) and go with that. Anywayz, this is a topic for another day.

Today we will talk about how we can have an MSBuild script validate itself. From the samples provided with the book I deliver the nunit.targets file which contains a target, ValidateNUnitSettings, which is shown below. You can download these files at the very end of this post.

<!-- Validate assumptions that are contracted  -->

So we can see that this target expects there to be one property, NUnitOutputDir, and an item, NUnitAssemblies, to be defined. If not then an error is raised. This target is placed on the dependency list for the UnitTest target so we know that it will be executed before that target. Since I wrote that section in the book I noticed myself “copying and pasting” these various validate targets and just changing the property and item names. Being a fan of the DRY principal this didn’t sit right with me. So I began to explore better options. This is what I’ve come up with. Imagine that you have a shared .targets file, Build.Common.targets, which just takes a bunch of project and runs the same build process on it. This is the file which contains the targets (behavior) and then you have another file, in this example YourProject.proj, which is the driver for the build process. This file mostly contains properties and item (data). Below is the YourProject.proj file.

Here are the contents of a very crude and simple Build.Common.targets.

_RequiredItems is the item where required items should be placed.

The following metadata is significant:

RequiredFilePath  = Populate this with a path that should exists, if it is not empty

then it will be checked to exist on disk.

<!-- Raise an error if any value in _RequiredProperties is missing -->

<!-- Validate any file/directory that should exist -->

Create a temporary property that contains the lone configuration. This is needed because we

time. Anywayz since this target is batched we are guaranteed that

it contains a single value within the scope of this target.

<!-- Build the projects here, for this example we just print a message -->

Focus your attention on the ValidateBuildSettings target. Instead of manually validating each property and item, I create an item _RequiredProperties for property validation and an item _RequiredItems for item validation. Notice the leading _ which says “Don’t touch me I’m private!” The target populates both of those items with the values that are required for the build script to be able to execute. Then using batching those assumptions are validated. The property validation is pretty easy, if any value for _RequiredProperties.Value is empty then raises an error. For items I wanted to be able to not only be able to assert the following

Identity, this is just the contents of the Include attribute on the item itself. The RequiredValue is the metadata that will be checked to ensure that a value exists. So if you want to make sure that an item was simply declared then you would do

If the AllConfigurations item wasn’t declared then @(AllConfigurations) would evaluate to empty and an error would be raised. You can also do this to assert an items metadata like %(AllConfigurations.Configuration) . And for RequiredFilePath, if that metadata value was defined then the validation target will make sure that the file is located on disk as expected.

You have to keep in mind that this is not just about validation. It’s also about usability. You may be wondering when I say that. But think about it, in one target I have been able to express to you (the person consuming the .targets file) everything that you need to define in great detail. And if you get it wrong then the process will stop itself, instead of potentially continuing in an erroneous scenario.

Here is what the result would look like if I had forgotten to define the AllConfigurations item.

And here it is after I inserted it.

This was one of my longer posts in a while, but I think that there is much more to this topic. I think this goes pretty deep, but if you understand these ideas then you are well on your way to writing some sweet reusable build scripts.

The other day Dan Moseley from the MSBuild team wrote up a review on the books Amazon page. Here are the contents of the review

I'm a developer on MSBuild; Sayed wrote this book with our encouragement, and we reviewed it for accuracy and completeness, so I can recommend it. The documentation for MSBuild in 2.0 and 3.5 was not great; I consider this something like the missing manual. Unfortunately there aren't many other MSBuild books; fortunately Sayed did a good job on this one.

We're fixing a lot of what's "missing" in MSBuild in the upcoming version 4.0 -- I hope Sayed can do a 2nd edition when that comes out. Plus, our docs should be better then

I'm glad to say that this review was posted as 5 out of 5 and that is the 9th review (out of 9) which has been given 5 stars. When we wrote the book I knew that we had put something together that would really meet a specific need. I'm happy to see that the book has been accepted soo well by everyone and I hope that we are able to write a second edition as Dan mentioned. 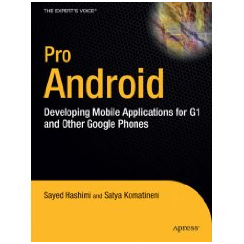 I'm not an Android developer so I cannot speak about specifics about the content but here is the TOC so you can get a better idea of what the book contains.

Inside the Microsoft Build Engine: Table of Contents

After my previous entry a reader requested that I post a table of contents for my book Inside the Microsoft Build Engine. After searching I realized that I didn't have one. So I put one together here it is.

Contents at a Glance